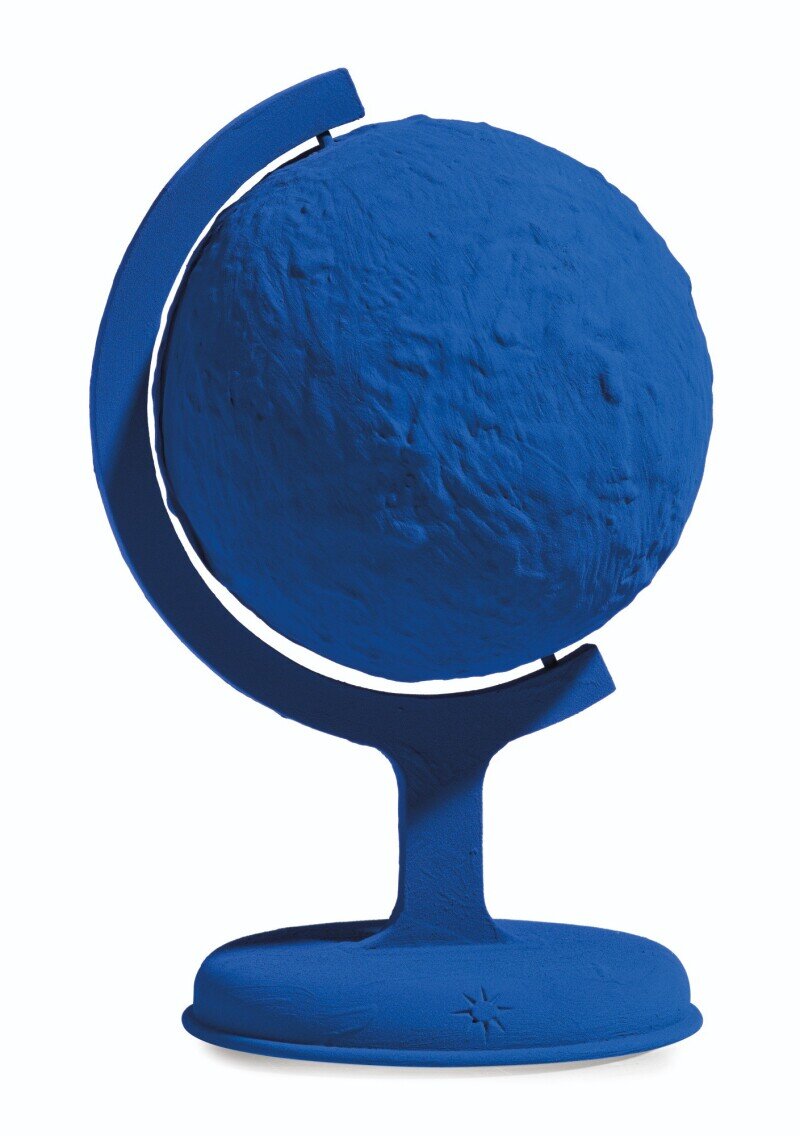 Yves Klein, born in Nice in 1928, was originally a judoka. In 1954, he finally turned to art and began his "Monochrome Adventure".

Driven by the idea of "freeing colour from the prison of the line", Yves Klein turned to monochrome because for him it was the only way of painting that allowed him to "see what was visible in the absolute".

Favouring the expression of sensitivity over figuration in form, Yves Klein went beyond any artistic representation and conceived the work of art as the trace of the artist's communication with the world. It is the invisible reality that becomes visible. His works are "the ashes of his art".

Yves Klein's work reveals a new conception of the artist's function. According to him, beauty already exists in an invisible state. His task is to capture it wherever it is, in the air and in matter. Yves Klein made his entire life a work of art: "Art is wherever the artist arrives.

In his quest for immateriality and infinity, Yves Klein adopted ultramarine blue as his vehicle. From this more-than-blue blue, which he named "IKB" (International Klein Blue), radiates a coloured vibration that does not only engage the viewer's gaze: it is the mind that sees with the eyes.

From his monochromes, to emptiness, to the "technique of living brushes" or "Anthropometry", to the use of elements of nature to manifest their creative force, or of gold, which he uses as a passage to the absolute, he has conceived a body of work that crosses the boundaries of conceptual art, body art and happening art.

Just before he died, Yves Klein confided to a friend: "I am going to enter the largest studio in the world. And I will only make immaterial works there.

Between May 1954 and 6 June 1962, the date of his death, Yves Klein burnt his life away to produce a flamboyant body of work that marked his era and still shines today.